KB4464217 Cumulative update is available for windows 10 with new fixes. The update is quite wonderful that was released with fixing two bugs. The first one bug is Microsoft Intune and the other one is connections of VPN servers using IKEv2 protocol. 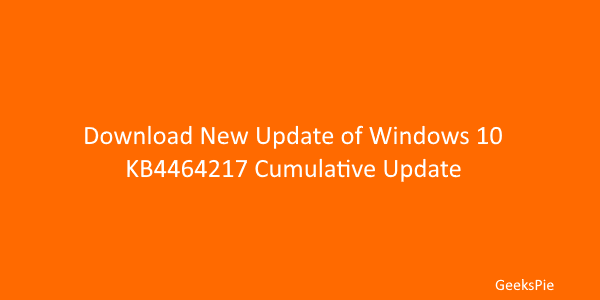 The new cumulative update of Windows 10 has resolved the issue of Microsoft Intune. “Microsoft Intune is a cloud based enterprise mobility management tool that manage to secure the company private information”.

The basic issue with an older update version of Windows 10 was quite obvious. As it doesn’t authorize the security update called PFX certificate. PFX certificate is used to authenticate WiFi or VPN connection. Therefore users profile were not authenticated. But installing this latest cumulative update of Windows 10, this bug will be resolved.

Otherwise, this update contains no new operating system features to be introduced.

No issues have been identified in this new update of Windows 10 by Microsoft.

You should get this update automatically from Windows Update. If you need the stand alone package for this update, you can get it here:

Did the information in this article help you to resolve your technical issues. Let us know in the comments section if you are facing any problems related to this post. 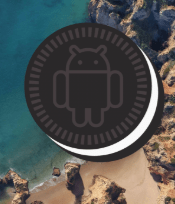 Muhammad Tayyab is a long time contributor at Geekspie.com. Muhammad has years of experience writing about tech, including tutorials to resolve common problems users experience with Windows and Mac computers, iOS and and android devices, and software of all kinds. He can be reached through the contact us form.